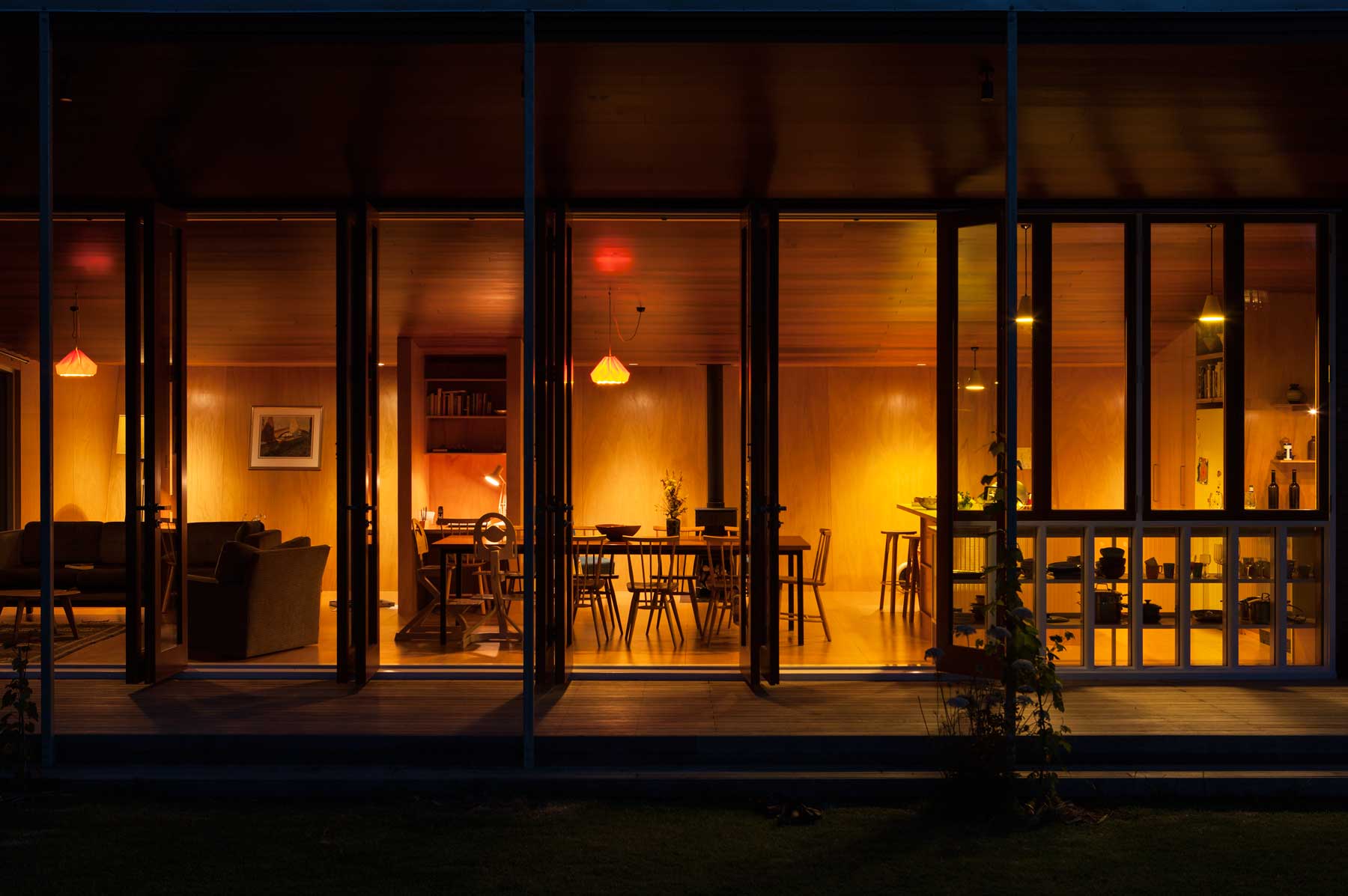 Architect Michael O'Sullivan likes to build his clients a table to mark the end of a job.

When the Bennison Collings house was completed, he built one out of the same timber used inside and outside the Waiheke property.

"I always do that for people, build a dining room table to symbolise the family together," he says.

The Ostend house is a finalist in interior innovation category of the Resene Timber Design Awards, which will be announced next month.

O'Sullivan says the clients initially wanted to relocate a villa. He responded by turning the traditional villa form inside out and back to front, keeping the scrim, the bay window and the meat box.

The house is built of Fijian kauri, western red cedar and pine, with a skin of corrugated iron.

The cedar is used for external cladding as for the soffit under the eaves, which continues through the wall to become the ceiling for the living areas.

To save some cost, sheets of rotary cut kauri ply were used for the bedroom ceilings. Kauri is also used to line the walls, and for flooring. O'Sullivan wanted to created the sense of a villa freshly constructed in 1875 in the Hokianga.

"That's when they would fell a single kauri and build a whole house from it.

"It's easy to build a house and line it with GIB, sucking all the soul out of the home, but when you make a stand and say 'let's restrict it to beautiful timbers', you know the nurture and warmth are going to be retained. It's about how you put all that together," he says.

The hallway wall slopes 10 degrees, making for an unusual passageway. And rather than being a long, narrow box, the house curves like a boomerang.

"The easiest thing would be to have a lineal thing, but we did it to make a virtue of the topography. You drive in on the lower portion, and we put bedrooms over the carport.

"Doing the boomerang allows both private and public areas to relate to the old tennis court."

The bedrooms cantilever over cars, while the kitchen, dining and family spaces open out onto the vast lawn.

The house was built on a tight budget using Korzel Construction, a firm of Samoan builders with the skills to handle new and recycled timber. 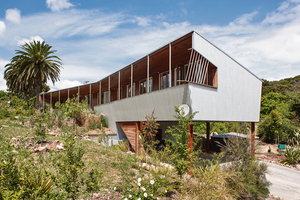 "We have worked with them before. We knew they are craftsmen able to work with beautiful timbers.

"McNaughton's Joinery handled doors and windows, and local 'Marc the German' did the cabinetry.

With its wall of north-facing windows and its Autex GreenStuf insulation the home seldom needs heating.

O'Sullivan prides himself on being an architect who builds. He built his Mangere Bridge home, and spends every weekend building an office in Lyttleton for his firm.

The cladding and the carpark deck will be hardwood planks recycled from earthquake-broken wharves down in the harbour. A line of those should stop any boulders from crashing through the building in the event of another one.

"My dad was a builder and carpentry skills were handed down informally. Working on sites was part of growing up in a big Irish Catholic family," he says.

Domestic architecture and small hand-crafted homes is Bull/O'Sullivan's bread and butter, but it can handle the larger jobs when they come along. 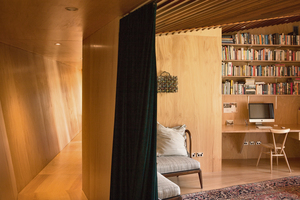 The Christchurch office is strategic to the company's desire to play a greater part in a rebuild that O'Sullivan feels is being blighted by short-sighted, unimaginative thinking.

"When the building really gets underway, when people see what we built there out of handcrafted timber using demolition timber from Christchurch, we hope that will generate enough work so we can take a step up from the work we are doing down there fixing people's houses.

"People are being greedy and saying the fastest way to rebuild is to use precast panels and cross-laminated timber. They are robbing the soul of what used to be fantastic city architecturally."