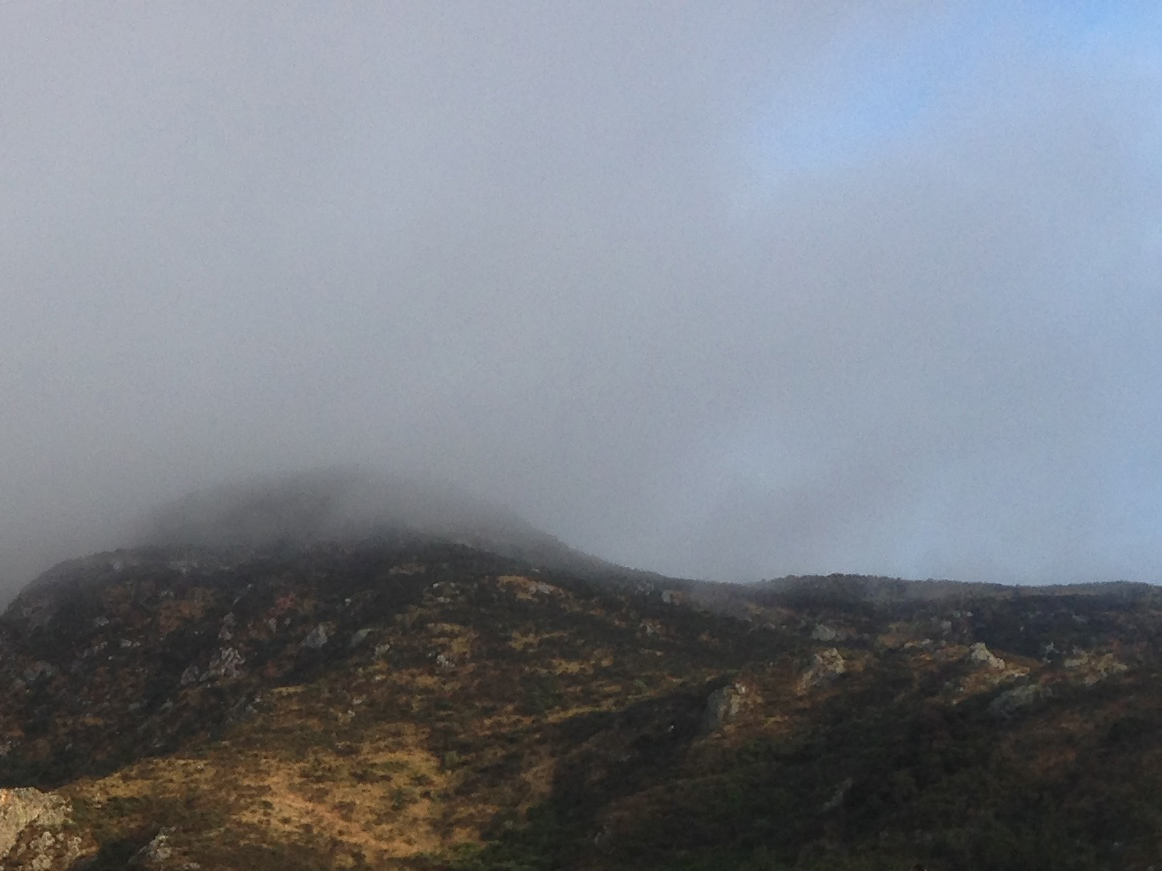 It had a way of leaving its mark on you, the house at Lyttelton, holding on tight to the hillside (in case of a quake), somehow wild still against the rugged backdrop. If the idea of home was measured in sunrises, we hadn’t seen many there but it felt like enough, like we were a part of the place, like our early morning ventures to the top of the hill or our frequent trips to the local bars could justify our sense of belonging. And it welcomed a sense of belonging, it was home for a lot of people.

We found ways to leave our marks on it, too.

Michael found his way into all of it. The zig-zagging mahogany ceilings, the model shelf (paused in its falling), the brown carpet which didn’t seem to make much sense until the sun started to sink and spill its gold light everywhere.

I was in it, too. My mark was the scar on Michael’s hand where the nail gun slipped and drew blood. I was in his crucifixion to the place, his blood on the framework.

In Nepal, the sky feels small.

The Buddhist word for sky translates to The Emptiness. (The fifth element of the universe, Nirvana, the letting go of all the world’s accumulated suffering.) Maybe it’s the buildings, leaning in to the streets, like lovers do if they’re sharing a quiet secret, or maybe it’s the mountains, the Himalayas, stitched to the sky as if they were holding the world together, or maybe it was all the beautiful suffering that made the sky shrink. All the beauty that comes with pain, and all the pain that comes with beauty, filling it up so it couldn’t stretch anymore.

I was there in January. I wonder if it feels even smaller now.

In Christchurch, the sky feels big and vast and empty. Like it’s falling over the edge of the world. Lyttelton catches it like a bowl. From in the living room we were on the edge of that bowl, the view framed by the triangles of steel supports holding on to the roof, the ceiling dipping to meet them. Above the couch, butting up against the top of the wall, is a long thin window. It mounts the ridgeline behind like a painting.

The hills across the water always held a certain allure. (If you look at something long enough it starts to beckon to you.) The tallest, Mt Evans, was like someone we used to love, and could love again, if only we could get close enough. At night we would watch her silhouetted against a darkening sky, like the curve of a hip, or a shoulder turned away.

We climbed her one morning, after putting out our almost-declaration-of-love. The house looked small from the other side. The big piles and the black roof gave it the look of an insect, clinging to the tussock grass and dark stains of gorse.

The guest house I stayed at in Pokhara wasn’t finished. This was a common trend – the bases of the buildings were filled with people, and shops selling dusty bottles of Pepsi or bags of nuts or cigarettes or baggy pants. Above would be a construction site, the next floor up supported by hundreds of lengths of bamboo, with young shirtless men swinging out over the edges. In Nepal it seemed that a lot of the architecture happened by accident. It was an eclectic mix of every form I had ever imagined. These painted pastel colours, lime green and pale pink, circles cut out of the framework, bricks shaped into small triangle holes. In the villages, narrow four-storey buildings stood lonely amongst the green, their balcony roofs held up by tree trunks painted orange.

The bedrooms at Lyttelton are painted Le Corbusier colours. The back walls are pale yellow, pink and green (the blue is in the kitchen). The other two walls are oak and the room is closed off by a heavy tartan curtain. Closed, the room is like a cave, with two single beds and blond pine shelves for books and trinkets. Open, the room aligns with the window seat, the narrow wooden opening next to the window, the deep green hills, the land slipping away into the valley.

My parents were in Vanuatu a few months before the storm.
Sometimes I worry that suffering followed us.

I’ve only felt one earthquake in Christchurch. It was while the house was still being finished. We were sleeping on mattresses on the floor. It was summer but we’d had the fire going, using the top plate of the fireplace to make hot chocolate, drinking wine around it while the sky shrunk to black behind us. Lyttelton Port glittered. The house rolled with the earth. It seemed that we might just roll right down the hill and into the water. My uncle had described the bedrooms as being like cabins of a ship and it was at that moment that it made sense: the house was like a boat, swaying with the thick motions of tides and times.

The majority of Nepalese people practice Hinduism. When someone dies they take the body to be burned at the river, laying it on the bank, wrapped in the richest of orange, bringing water to the mouth and toes. The family gather like white roses. They will wear white for a year, the colour of sorrow, and then allow colour (like little pieces of happiness) to slip back into their lives.

I imagine there will be a lot of white over the next few years, stark against the dusty streets. I wonder if there will be enough river to carry all the ashes, if the thick haze of smoke will be seen from space, tracing the water like a wall.

The CBD in Christchurch is empty most of the time.  The white chairs of the memorial still sit in their quiet rows, trying to remember. The big hollow sky could swallow you.

I spent four weeks in Nepal, trekking, building, learning and becoming acquainted with some of the kindest, most hospitable people I had ever met. This essay is an attempt to weave the fabric of my summer together: Nepal and living in Lyttelton, in Michael O’Sullivan’s house on the hill. The house became a home quickly, even more so coming back to it after Nepal, readjusting to the luxuries of a flushing toilet, tap water, the bathtub in the middle of the bathroom that looks out through the blinds and down the valley.

Nepal and Christchurch have since become connected in their own way. I felt uneasy in Kathmandu; I could guess at the damage even the smallest earthquake could do. I was used to looking out for it.
I was right.

I still haven’t watched any footage from the Nepalese earthquakes. I can’t bring myself to watch the place I loved crumble. When I heard the news I wanted to be at home, in Lyttelton, listening to the sounds of the port, lying on the carpet, watching the world keep going.

Michael had an inscription placed over the back door of his house (almost double-height, opening to a small deck with a low table):

He had built his dreams on the hill there. (We tread softly on his dreams.)

If the hills of Lyttelton are a laying down of Heavens’ Embroidered Cloths, then the Himalayas are the stitching that hold the worlds together.

Sometimes, night falls on you, quick and hard, but in Lyttelton it arrives slowly. It slips behind Banks Peninsula. The sleepers out the front of the house look like the back of a hand in the moonlight, holding onto its walls, holding onto us (the people who call it home). Nowhere can I feel the mark of Nepal more than in that house, watching the sea shift and change, watching the hills like old lovers. Sometimes you hold onto a place, and sometimes a place holds onto you.

It had a way of leaving its mark on me, that summer.