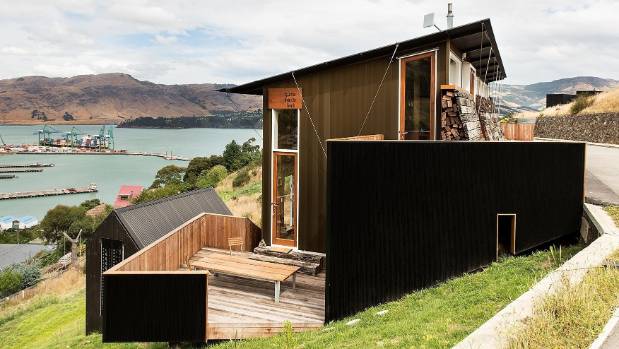 A Kennedy's Bush house described as bold and striking was named best home over 300sqm at this year's national Architectural Design Awards.

Built of textured pre-cast concrete, the house was designed by architectural designer Robert Weir of Weirwalker Architecture. The firm is now known as Weir Architecture.

Judges said the home's  "simple, robust forms" created "high-quality spaces inside and out".

"The building and the landscape seem to grow together to complement one another," they said.

"I am delighted to see a Christchurch home take out the top spot," she said. 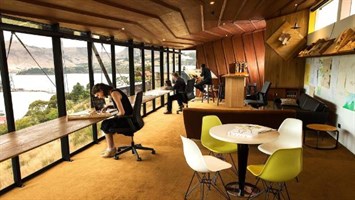 The studio retreat, both designed and built by Michael O'Sullivan, overlooks Lyttelton Harbour.

Entered in the competition by Bull O'Sullivan Architecture, the building serves as both the firm's Christchurch architecture studio and a home.

The exterior has cladding made of anodised aluminium with timber recycled from an old Lyttelton wharf, the interior work space has full-height glazing to capture harbour views, and the lower level resembles a ship's quarters with a kitchen and simple sleeping spaces.

It was both designed and built by architect Michael O'Sullivan.