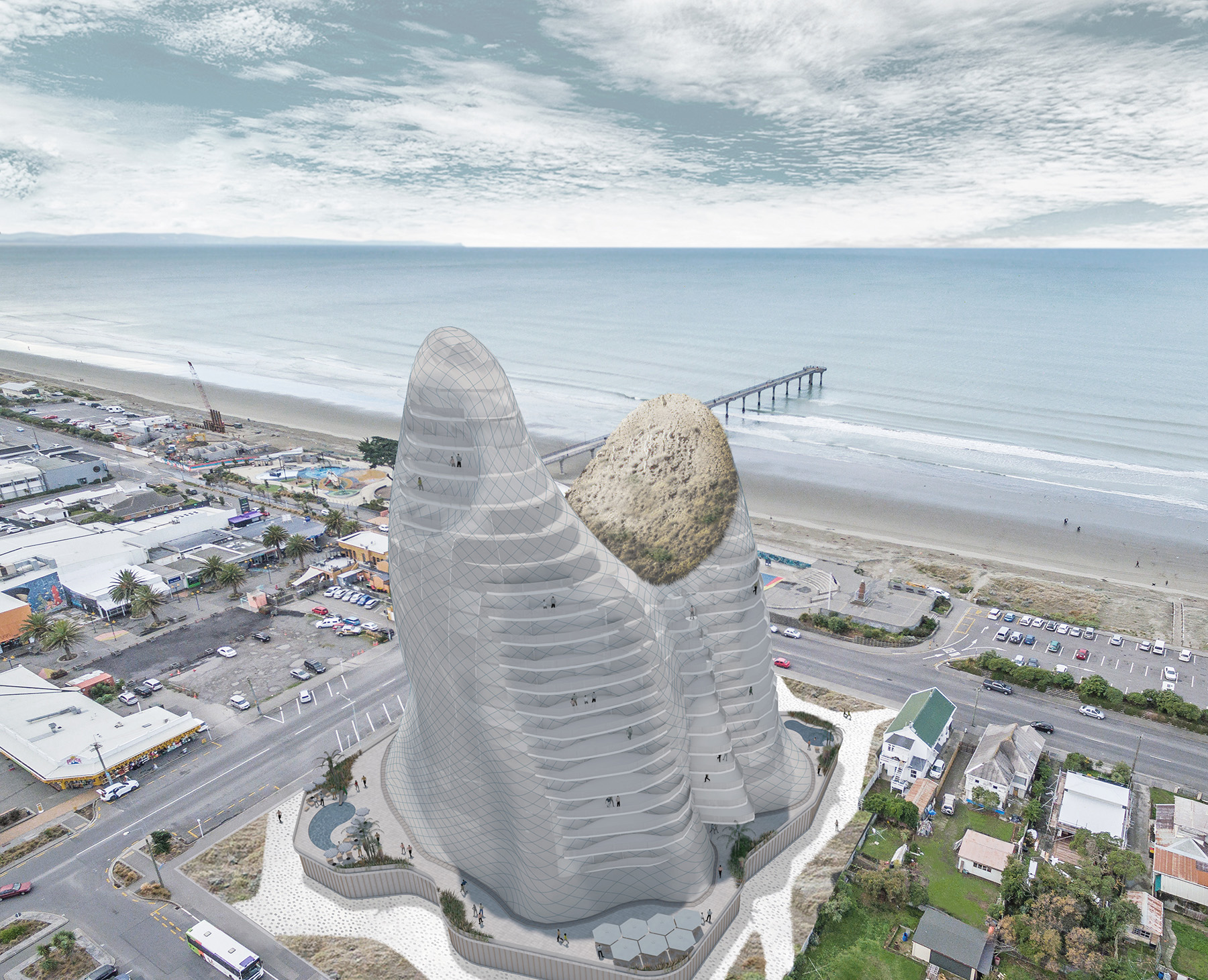 For beachcombers visiting the seaside suburb of New Brighton, there is no greater excitement than stumbling across a piece of sea glass washed ashore. Smooth, frosted and jewel-like, the outside of the glass is a testament to decades of public consumption, wave rigor and oceanic salinity.

By the end of the nineteenth century, the New Brighton area developed into a distinct coastal village, separated from the outer suburbs of Christchurch by the swampy areas adjoining the Avon River. A pier was built in 1894, a nod to area's English namesake, ‘Brighton’. From 1887, trams brought city folk to the beach. Crowds swarmed the beach on gala days.

For a time, New Brighton was the only place in New Zealand where shops were allowed to open on Saturdays. It was vibrant, packed with shoppers and big-name stores offering their wares. Across from the beach, a popular café beach brimmed with teenagers who came to play on the arcade machines. Adjoining tearooms with views out over the water served tea, cakes and sandwiches. People flocked to the coastal suburb on their day off.

The most common sea glass to be found today is from this period; remnants of glass bottles used for beer, juices, soft drinks and other beverages. These pieces come in shades of green and brown. White and clear sea glass is also plentiful from this era. These come from plates, glasses, windows and windshields.

With the introduction of nationwide Saturday trading in the 1980s, business dropped significantly in the New Brighton mall. It declined even further when seven-day trading became popular in the 1990s. Major retailers left and most shops ended up closing. Today, the area is mired by decades of neglect, uncertainty and decay.

As materials such as plastic become more popular, authentic sea glass is becoming harder to find. Like a time capsule, pieces reveal much about the people, places and events that were linked to the original object. Each shard is a palimpsest embodying a time in human history when a mouth swigged from a bottle, a hand held a soda bottle or a ship gave up a porthole; its surface shrouded by the forces of time and sea.